Do you remember our slogan from many years ago?

I believe that each of our locations have their own personality. One of them is seasoned and knows how to get merchandise out fast; another one is young and fun and laid back; the next one has faced their challenges with property issues but maintain being that steady friend to the community; another one has been abandoned in their location by all other neighbors but persevered until new ones came along to help bring the traffic back - all the while maintaining compassion for the community and being a solid friend to all; one is used to the challenge of being the little kid on the block (and believe me - they keep up with the big dogs!) and having a solid staff that make it feel like coming home to mom's; one location is a little quiet and laid back and focused on putting on some great sales; yet another is loud and vivacious and friendly and becomes a best friend within minutes; another store is building its' reputation as a compassionate member of the community and putting out some solid sales for its customers; yet another one is growing into being a Merchandise Outlet since many of the staff of come from big box retailers.

My role in Merchandise Outlet as General Manager has me in the headquarter's office quite a bit.  I often find myself in need of a dose of being in the stores.  I once managed the store in Mount Pleasant for a term of about a year while we were without a manager.  Once you get that in your system of the excitement of seeing the new merchandise come in the back door; the challenge of making space out of crowded shelves to put the mismatch of merchandise out in an organized fashion; but mostly the thrill of seeing the joy of the customers -  you sometimes need to go back for a dose.

I cannot describe to you the melting in my heart to hear from our customers what Merchandise Outlet has meant to them.  I love that coming to Merchandise Outlet is not just the drudgery of having to go to the store - but like going to visit a friend.

I have to share a story with you that happened while I was visiting the Mancelona store last week.  I was up front when two elderly women entered the store, stomping the snow off their feet and smiling.  One of them stated "Boy, are we lost!"  I casually stated "Well, you are in Merchandise Outlet, in Mancelona, MIchigan."  The other one retorted, "We're in Mancelona?"  Yes, it was a question!  Now, I was quite surprised because I thought their initial comment was just a way of stating that they drove a ways to out-of-the-way Mancelona or had had a difficult time finding us.  I did not actually think that they were really lost.  They went on to tell me that one of them had a doctor's appointment in Petoskey that morning and were on their way home to Alpena!  The one friend commented how she doesn't let her comrade go by herself, since she is 85 years old.  "Not that I help much, since I am 84!  But at least she's not alone." 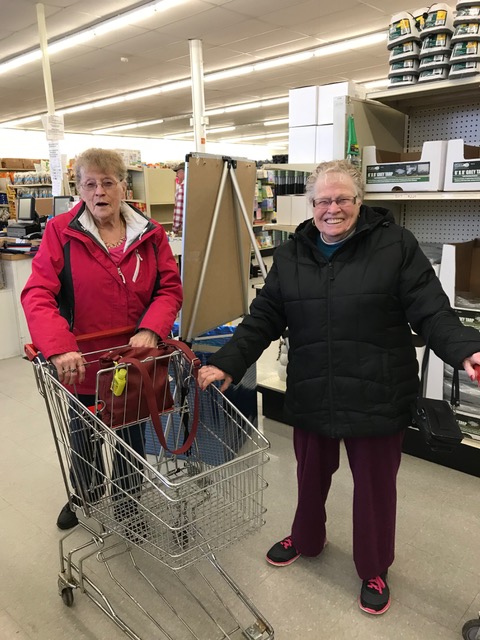 They were driving, had even stopped somewhere and been told directions (of which that even became confused) and just continued to drive.  The one stated (and this is what melted my heart) "We were driving along and saw Merchandise Outlet!   It didn't matter anymore that we were lost.  I can't believe we found another Merchandise Outlet!"  See, these ladies are regular customer in our Lewiston store.  They didn't even know that there were more of us out there.  They went on to tell me how much they love the people in the Lewiston Merchandise Outlet and some of their great finds in the store.

Needless to say, they went from one end of the store to the other, visiting with the staff in their midst - and discovering a new Merchandise Outlet (meanwhile - I WROTE down directions on how to get them back on track so they could get home).  I believe that they left still being loyal to Lewiston, but having enjoyed Mancelona.  See, it's OK to be loyal to "your" Merchandise Outlet - because it's normal to be loyal to a friend. 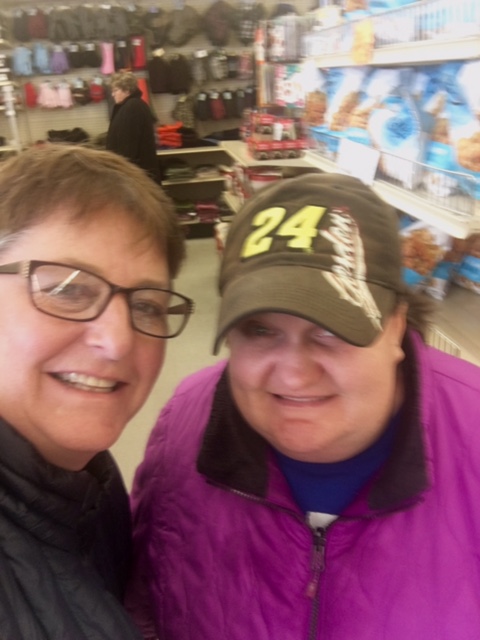 Here is another friend, Stacey, I met in Lewiston